Sometimes people ask me why I go by plasticdino online (I've had varients on the username for a long time) and the answer is that I think dinosaur parks are really cool! I want to visit as many as I can. My plan for 2020/2021 was to make a start on my quest to visit every one in the UK. Alas, it didn't turn out that way!

For now, enjoy some random dinosaur statue pictures and commentary.

In my limited experience the best park I've ever visited was the national showcave centre for Wales. Not only does this attraction offer extremely cool and historic caves, but on the outside this place is teeming with dinosaur statues (over 220 apparently). Some are kind of mismatched and don't necessarily fit together cohesively but I think that adds to the charm. The way they are placed in the landscape makes for some great photos. Truly an outstanding experience and highly recommended. Here are some pics I took while I was there:

The natural history museum in london is not exactly a park but I'm talking about it here because it ignited my interest in these parks for one reason: their life sized t-rex animatronic! The way this model moves is so lifelike and cool, also guaranteed to completely terrify any child. After doing some research I found out this model was made by the Kokoro company, who are a subdivision of Sanrio! This obscure animatronic manufacture trivia makes the model extra novel to me. It's difficult to get pictures because he moves a lot, so here's a video. By the cafeteria there are some raptor animatronics that, while less impressive, they're still worth checking out.


UPDATE: THEY GAVE HIM A XMAS SWEATER

this is literally the only thing that matters btw

In April 2022 I went to Bristol museum. This was actually to look at art rather than dinosaurs but luckily for everyone I'm going to report on the dinosaurs too. 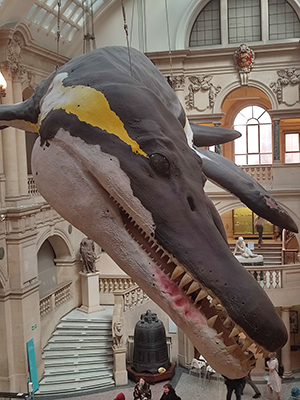 This is Doris! She's based on a real fossilised pliosaurus skeleton. She was part of their pliosaurus exhibit in 2018 but the model was so impressive she is now permanently hanging from the ceiling of the museum. If you climb up onto the first floor you can look right in her eyes, which used to move and follow visitors around the room! Doris is not actually a dinosaur (she's more closely related to plesiosaurs) but I had to put her on this page, the model is just so impressive. 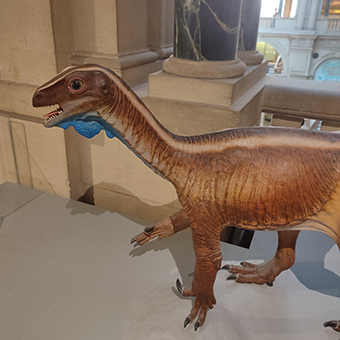 As for actual dinosaurs, there's this guy who's a Thecodontosaurs. He's pretty small but I love their expression and big eyes. And I just realised there's a picture of this guy actually being sculpted on Wikipedia. Nice. I believe Thecodontosaurus is pretty important to paleontolgy in Bristol so it's cool to see this guy. There's also a statue of Scelidosaurus, along with fossilised remains.

Overall, I don't know if I would recommend going to Bristol museum just to see their paleontology exhibit, but it's definitely worth checking out among the other things in the museum.


none of these pics are mine, you can click on the image for the source! 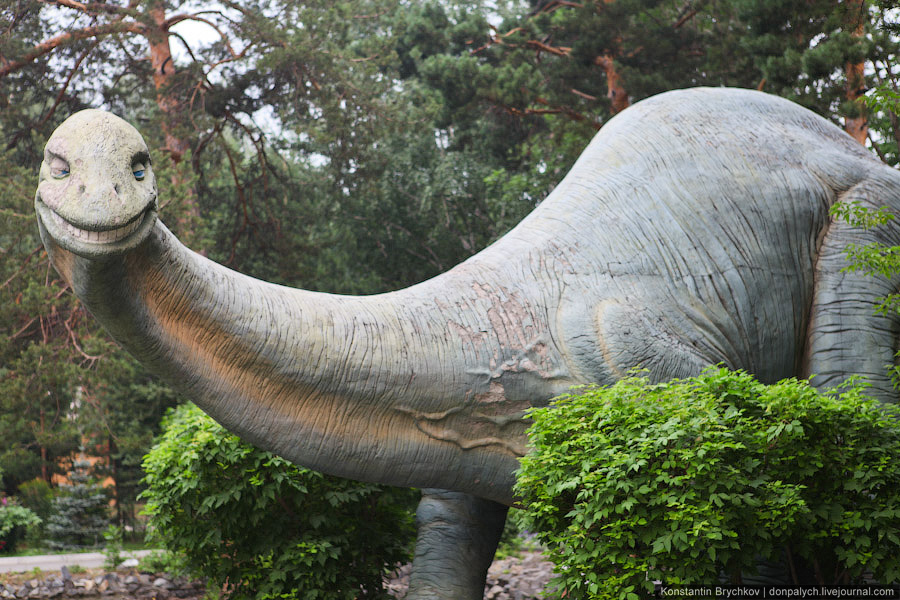 I’m obsessed with this diplodocus statue at Novosibirsk Zoo in Russia. He said :D 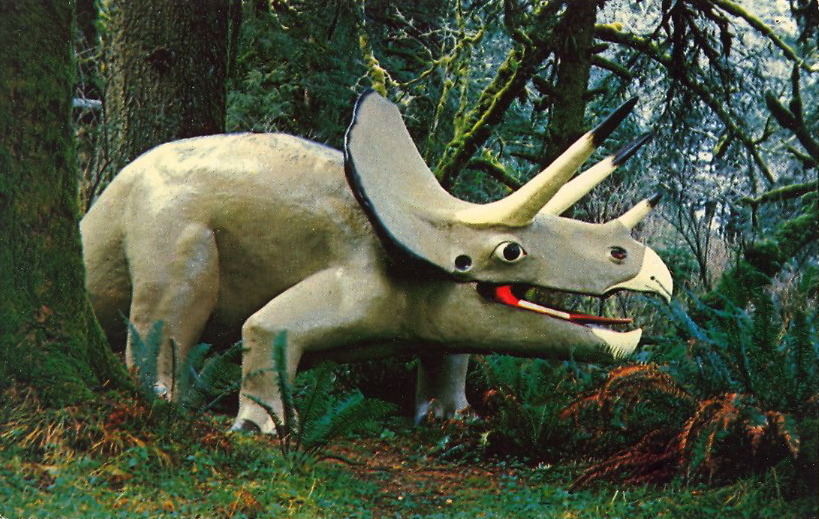 I found this picture of a triceratops on the tumblr blog badpostcards and it was my icon on everything for like two years. His home is the Prehistoric Gardens in Portland Oregon and it's my dream to visit! 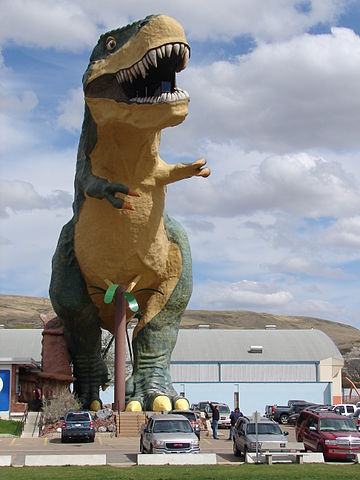 This statue looks like it's going to kill me. I love it. Their name is Tyra and are the largest dinosaur statue in the world (four times bigger than an actual t-rex would have been!) If I'm ever in Alberta, Canada I am going straight here. 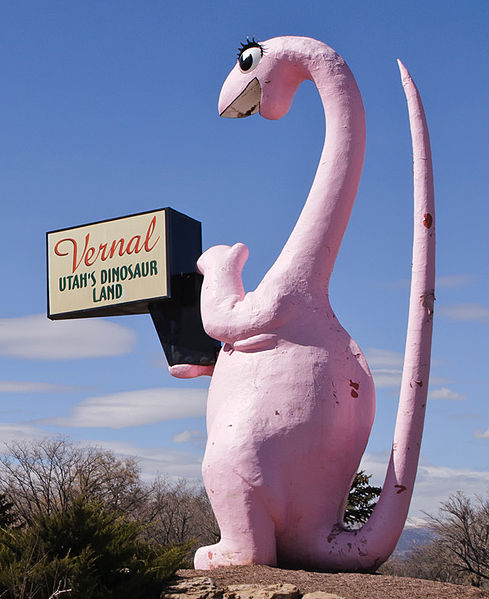 This dinosaur named Dinah and she stamds at the entrance of vernal city, Utah and I love her! She is so happy and cute. 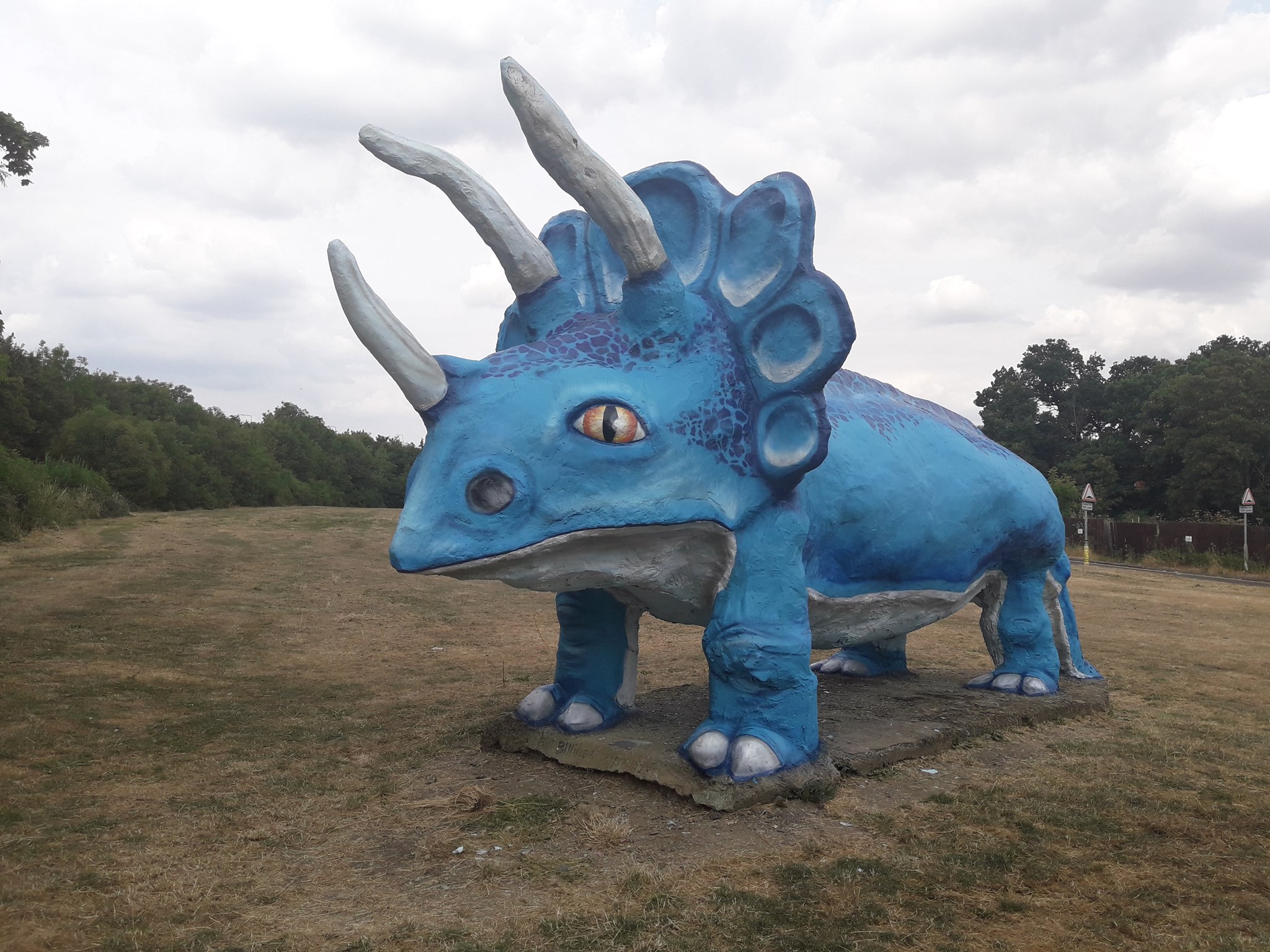 This image of a random triceratops statue in Milton Keynes is so cursed. The bright blue. The concrete. The desolate grass around him. Who is he. 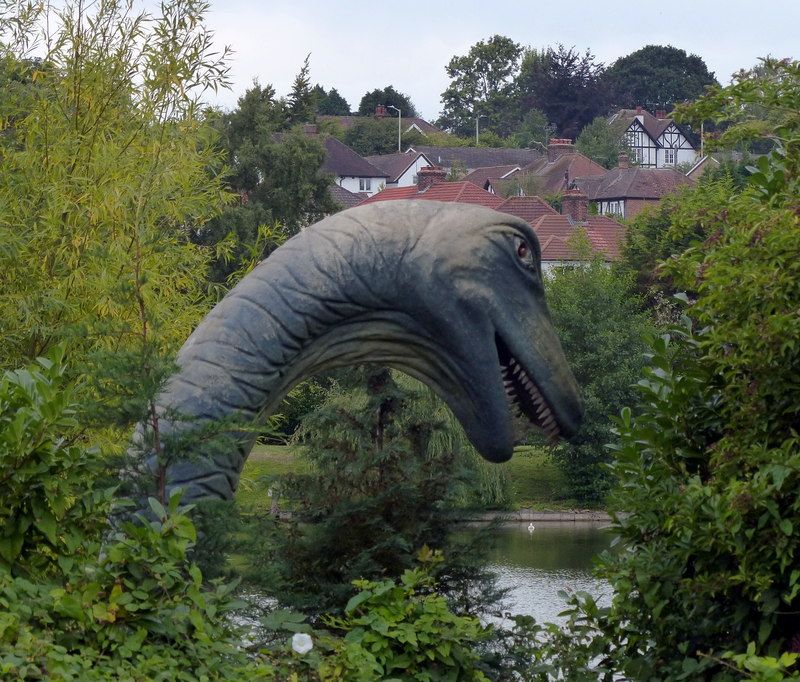 There’s this dinosaur statue next to the grand union canal in Hertfordshire. I am so confused about this statue. No one seems to claim it or know why it’s there it just is? It might not even be there anymore because the plants around him are so overgrown. I’m more confused than anything tbh. Anyway, I like this picture because it has a kind of suspicious expression. Like it just ate a duck or something.

Most dinosaur statues are very inaccurate. Personally, I think this adds to their charm but it’s cool to see accurate dinosaurs too obviously. This statue is of Sue, who is a real t-rex skeleton at the Field Museum in Chicago. I believe the statue was made to help people understand the true size of a t-rex and it definitely works! They are so huge and cool. I love their spindly arms as well.